A recurring feature on this blog is News from the Future, which includes posts from recent St. John’s English alums, with their news from the wide world after grad school.  This one just came in from Jaclyn Sanders, who finished up her MA here a few years back and has struck out for the hard-to-navigate waters of screenwriting and film-making: 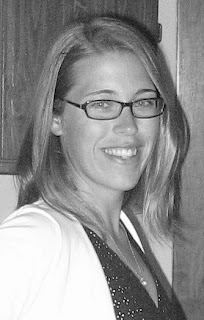 “After I graduated from St. John’s, I attended the University of Reading in England and completed my MA in Printing and Book Design History. You could say I’m a bibliophile. The rare book industry is quite small, but I fully intended to put my degree to use by appraising books for Sotheby’s.

Between a failing economy and a need to pay my rent, I took a management job that was completely unrelated to my English/Rare Book background. I don’t necessarily love my job, but it allows me plenty of spare time to follow my second passion: screenwriting. I’ve written a couple of historical dramas that I’m proud of. I’ve also had some success getting my scripts into the hands of Hollywood producers.

What I’ve discovered, however, is the tremendous importance of writing scripts that have “commercial potential.” If you have any interest in writing screenplays, novels, etc,  I can promise you that you will hear that phrase uttered innumerable times.

My conversations with producers usually begin with: “Jaclyn, we like your writing. The dialogue is witty, your scenes are well-constructed, and there’s a great narrative…..But we’re concerned about the script’s commercial potential.” That’s Hollywood speak for, “the all-important 16-24 year-old male demographic won’t see this movie.”

One of the big secrets I’ve learned from dealing with Hollywood producers and agents is that you must learn to compromise. I can be as idealistic as I want, but my historical dramas will sit on the shelf until I’ve paid my dues and proven that I can write something that appeals to a very wide audience. After all, the majority of Hollywood producers aren’t in the business to make small art films for a handful of people; they want to produce movies that will sell a ton of tickets.

Currently, I’m dedicating my spare time to writing scripts that have a wider commercial appeal. I’m not writing Transformers 4, but I’m focusing on contemporary pieces that tell a good story. Once I get a few of these projects under my belt, I’ll have more freedom to write the stories that truly matter to me. Yes, it’s a sacrifice, but it’s a small one in the overall scheme of things. Someday, I want to see my historical dramas on the big screen.”